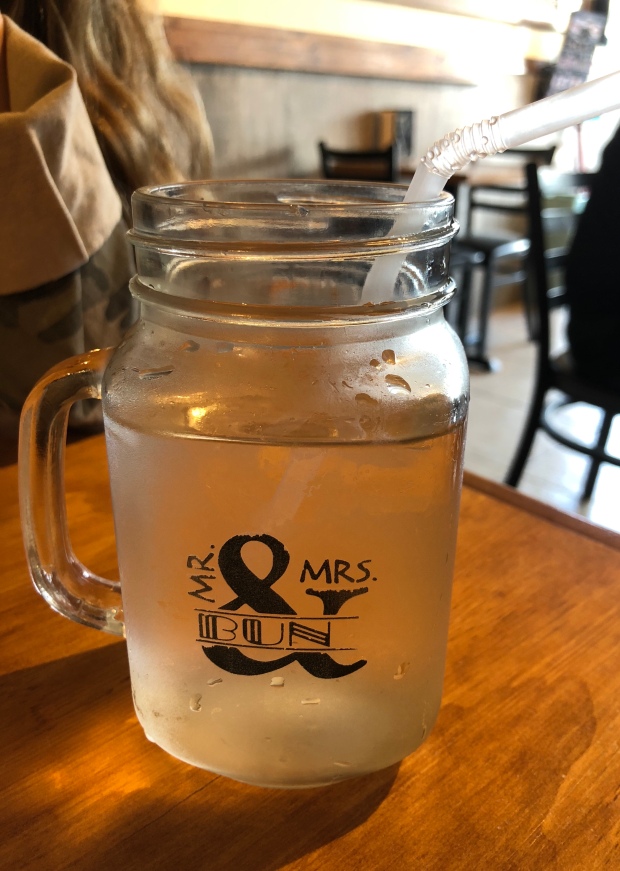 Mr. & Mrs. Bun has been featured on the Food Network, Telemundo51, Miami New Times and Miami Eater (along with receiving well deserved acclaim on Yelp).

I went to Mr. & Mrs. Bun for the second time today for lunch and it did not disappoint. It was just as good as the first time I went. First time I visited, I had the Asado de Tira (Short Rib) sandwich with horseradish mayonnaise and chimichurri and it was AMAZING. Deciding to try something different this time around was an arduous choice, but since everything on the menu looks/sounds scrumptious, the choice was not impossible. 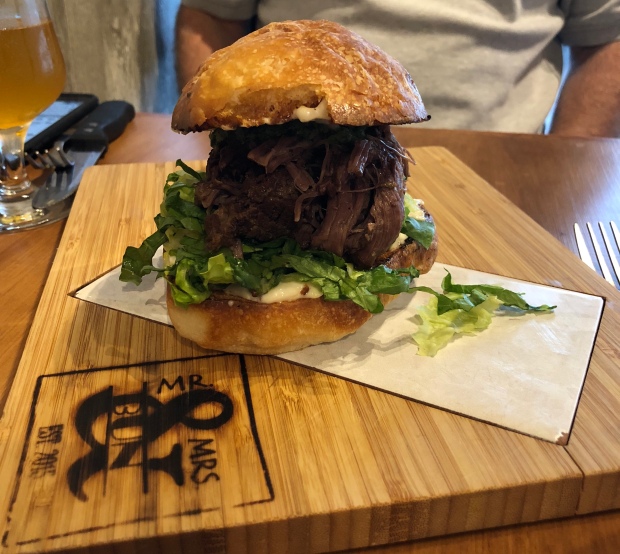 To begin with, the buns are homemade (who doesn’t love homemade bread?!). All their ingredients (including their mouthwatering sauces) are thoughtfully incorporated in their dishes. Let’s just say, you really have to make an effort not to enjoy your dish.

I had the Pollo Chi Jao Kai and it was delightful and filling. I did wish that the sauce had a sweet tang to it, but I, of course, still enjoyed it. I had a side of corn (I obviously did not need it, but I could not resist) and it was nice and sweet with maple and cumin butter.

My Mom opted to try the Panceta (Pork Belly) En Caja China and she thoroughly enjoyed it. She usually gets the Asado de Tira (Short Rib), but she was content with her choice of trying something new. 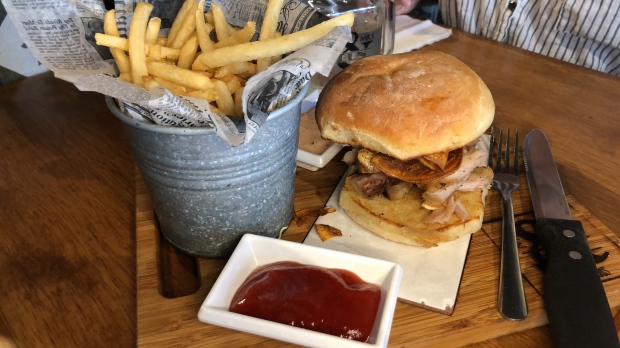 I probably never leave a place without going to the restroom (I have a small bladder and I drink A LOT of water), so you can say the appearance of restrooms are important to me. I found the restroom at Mr. & Mrs. Bun really cute – I am slightly obsessed with the mirror!

I am already looking forward to the next time I get to eat at Mr. & Mrs. Bun! Will I be adventurous and try something new? Knowing me, I probably will.

This site uses Akismet to reduce spam. Learn how your comment data is processed.