SUPER easy Olympics cake I made for the Opening Ceremonies. Any type of cake mix or homemade cake can be used. M&Ms used to make the rings

The Meaning Behind The Olympics

The Summer Olympics are a quadrennial event, taking place only on leap years (one of the many reasons I hold a strong bond for the summer Olympics). They unify the world for two weeks in honor of our athletes. It is not about winning gold medals (though, they may be nice), but- about coming together for a common goal. I used to think it was about winning but as I grew older I saw the true meaning- unification.

We are living in hard times filled with corruption, racism, sexism, and violence. But- for these two weeks everyone came together for a celebratory event. Yes, we must not forget all the bad things happening but- we should also not disregard the good. The sports are fun to watch but for me, the best part is the stories; the stories of the athletes- those who overcame odds, those who gave up everything, those who love what they do, and those who don’t know where to call home. These athletes inspire people all around the world to do what they love, to put themselves out there, and to represent their country. I’ve heard people say they feel bad for those who don’t get a medal. I see it differently; you shouldn’t feel bad for those who don’t win a material object. Going to the Olympics, representing your country, and doing what you love should be enough. It is nice to get recognition but what about those who give up on their dream or those who don’t have the means to support their passion? Those are the people I feel bad for. We are so obsessed with winning and material objects that we forget what the Olympics and life in general is all about.

The Opening Ceremonies is a visual representation of all the countries coming together. It is surreal to imagine countries that are at odds being in the same place. I love the spirit and the idea but-it is unrealistic to think that it is all cupcakes and rainbows. It is not. There is still corruption and animosity. Sexism still surrounds female athletes, and there is still hatred for people based on religion, skin color, and where they call home. But I have seen more positivity in my everyday life and my social media life these past two weeks than I have seen in a long time. The simple sharing of athletes’ stories on FB and the sharing of pride for ones country makes all the difference. I’d rather see that any day than hateful comments and statuses.

Along with bringing people together, the Olympics also gives us a sense of pride for our country- a sense of pride that many forget or disregard. No matter what, I am proud to be an American.

I decided to take on a project to learn about different countries and cultures. The Olympics has many purposes but one I felt that others and I could benefit from was opening our minds and palates to the food of different countries. Along with making my family more open minded, it also brought us together. It was a great way to bond and honor our beautiful world and its people. I could not do all the countries in two weeks that would be impossible, and really impressive. I decided to make each night, for 14 nights, a different meal from a different country or in some cases countries (due to the limited amount of time, I had to combine some). It was exhausting but it was worth it. I learned a lot about other countries and in the process, about myself.

We are capable of more than we think if we open our mind and our hearts. 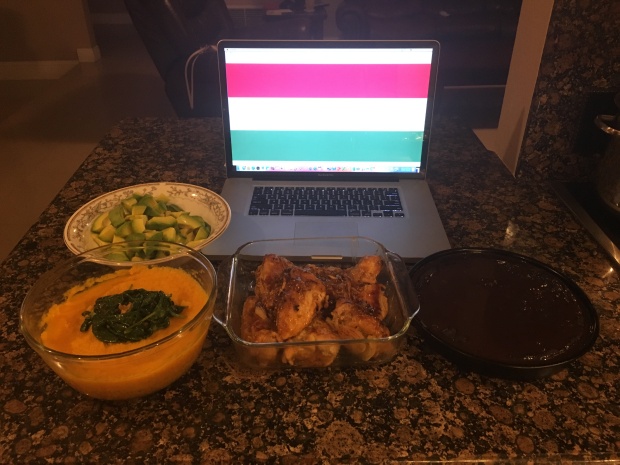 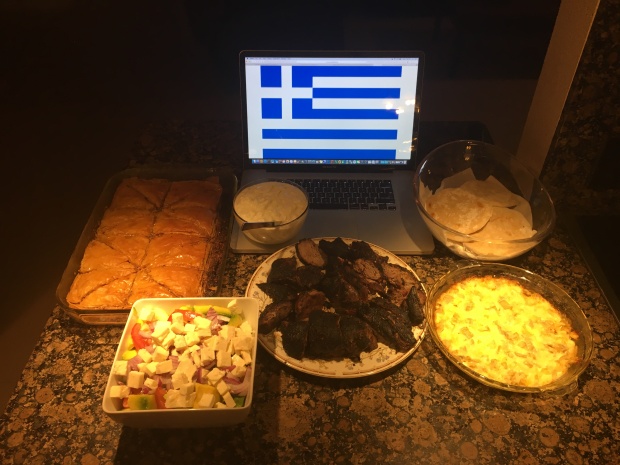 Pizza on the grill (http://allrecipes.com/recipe/14522/pizza-on-the-grill-i/), and Prosecco. The toppings on the pizza are basil leaves, mozzarella (shredded and chunks), tomato sauce, and prosciutto (pizza we had in Italy, 1 week prior, inspired our topping choice). 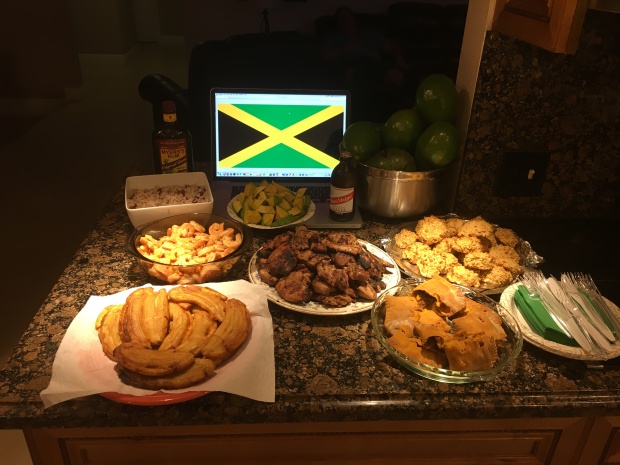 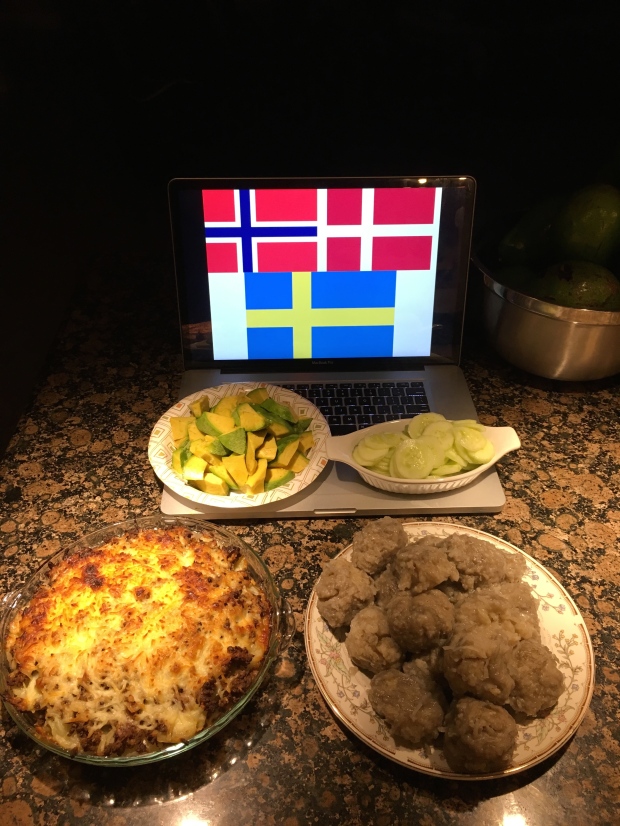 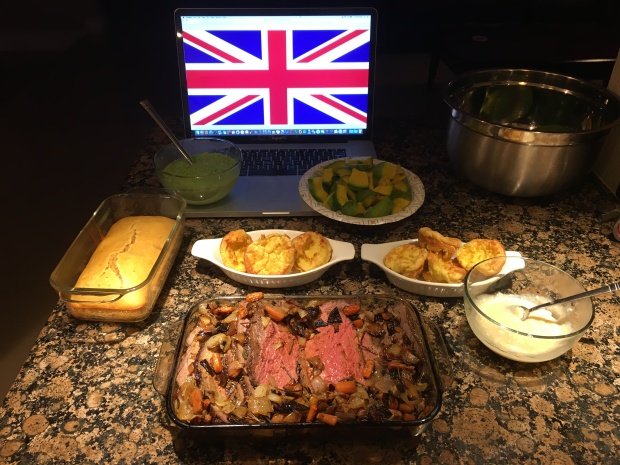 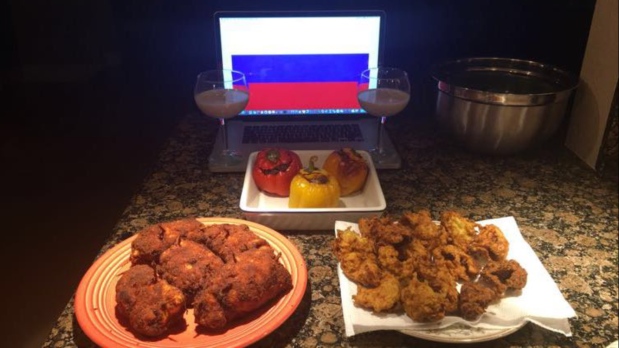 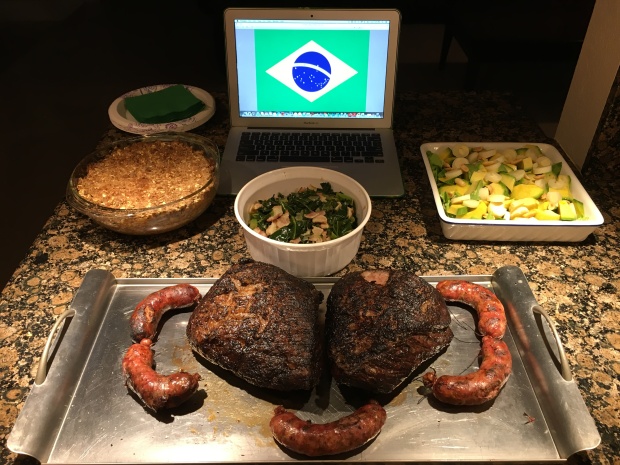 * We added avocados for almost every night due to the abundance of ripe avocados from our yard. They are not necessarily native to all these countries. *

Thank you for reading!

This site uses Akismet to reduce spam. Learn how your comment data is processed.